The day of the walk dawned with a rather sultry feel, so we crossed our fingers and hoped there wouldn’t be any rain or, even worse, thunderstorms.

When we arrived at the car park we were delighted to see that quite a few members were arriving, as at this time of the year many people have holidays or other commitments and we totalled 21 hounds, plus owners.

Terry and I were going to sit on our usual bench seat, but found we had gone a bit further than usual on the walk.

Eventually we got back to the spot where we could see the bassets coming back.

We noticed two bassets coming from the other direction closely followed by Miranda and Derek. They had had a couple of hold-ups, but hastened to catch up the main group. When the others were on their way back they were really strung out as by this time it was getting very, very hot.

We were very glad to get back to Jill and Brian’s where they had set out cool drinks in the garden. The table was laid with an excellent variety of cold food while Brian and Chris prepared the barbecue offerings. We were almost through the pudding course when Lainey, Chris and their two girls appeared. It was lovely to see them and they did manage to find enough food out of the many dishes members had contributed.

Hugs and John had changed their return journey to Belgium so that they could come to the barbecue, and Hugs had brought some special Belgian Cherry Lager for us to try (very moreish).

We sat chatting while the bassets had a great time playing tag with one another, in fact no-one wanted to move and it was quite late when we eventually broke up the party. On a recount, the hounds totalled 25. 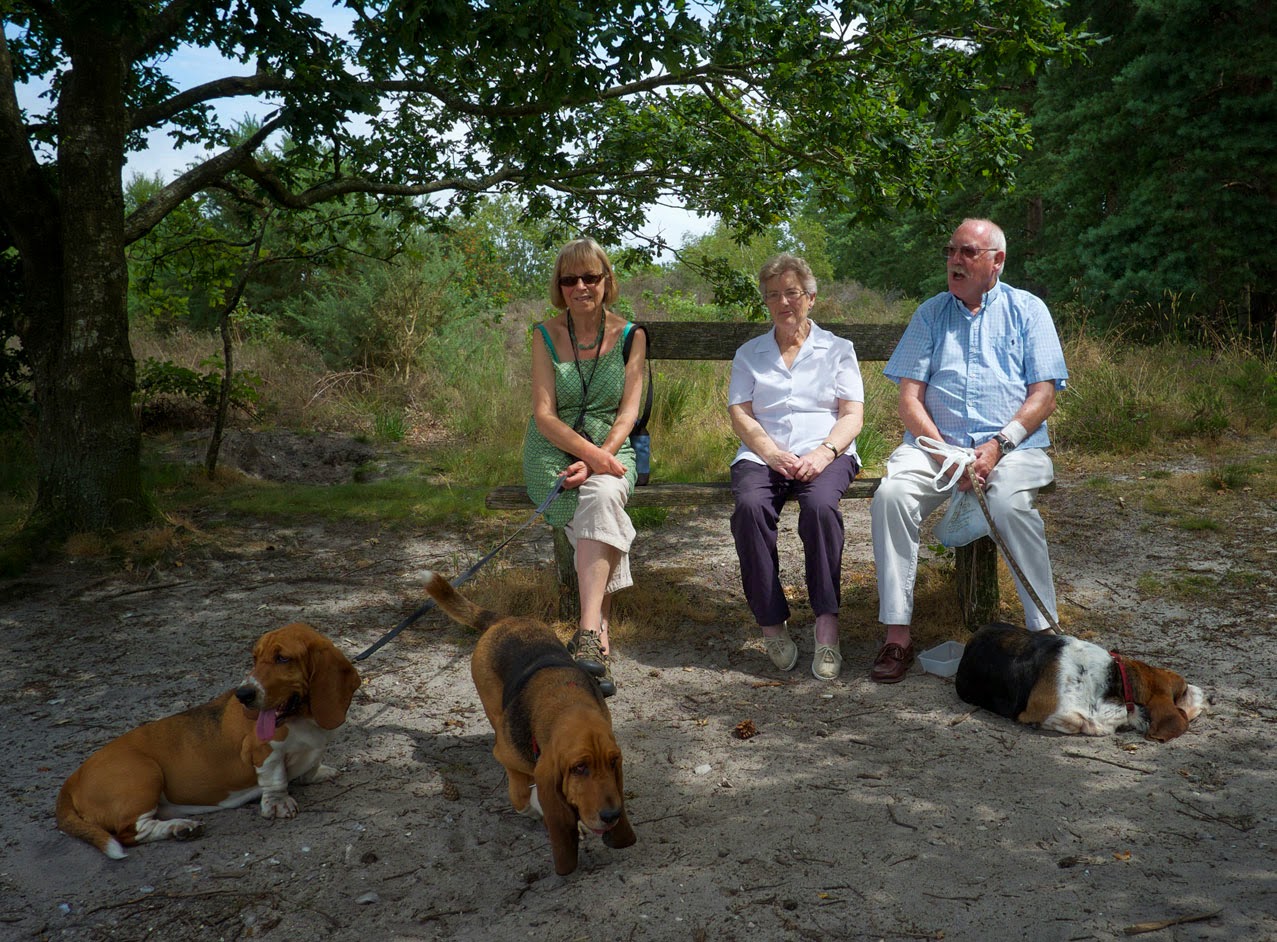 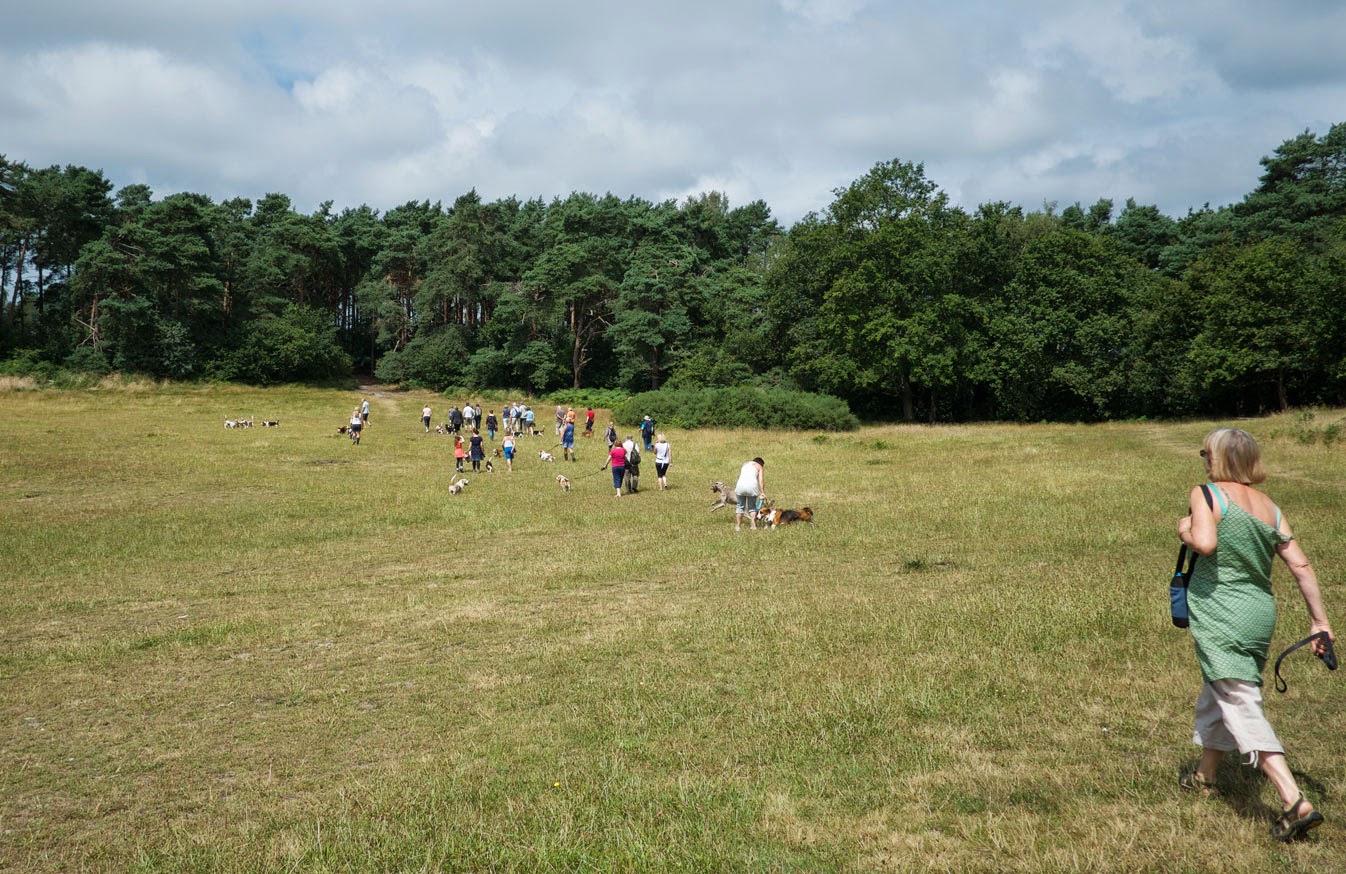 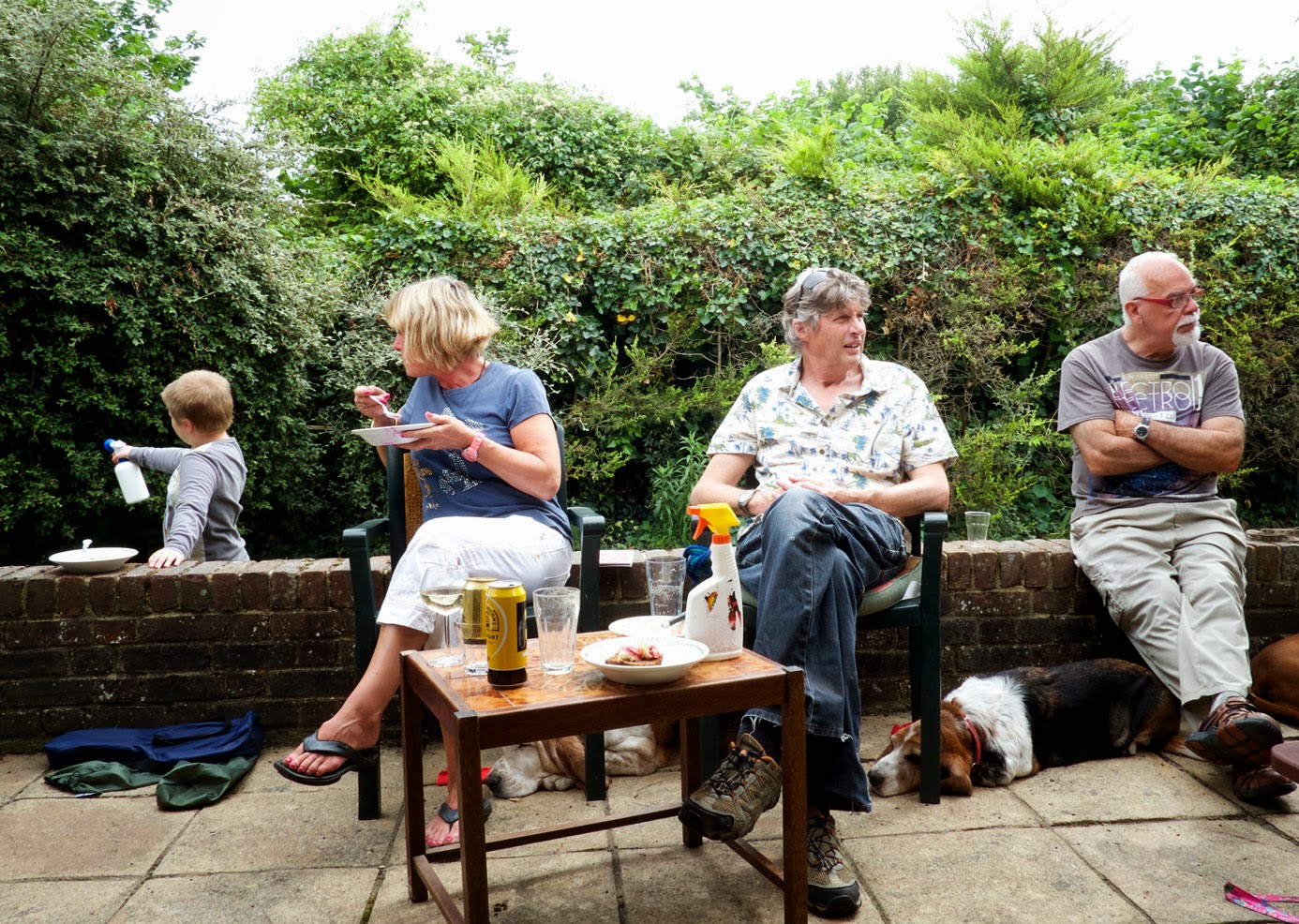 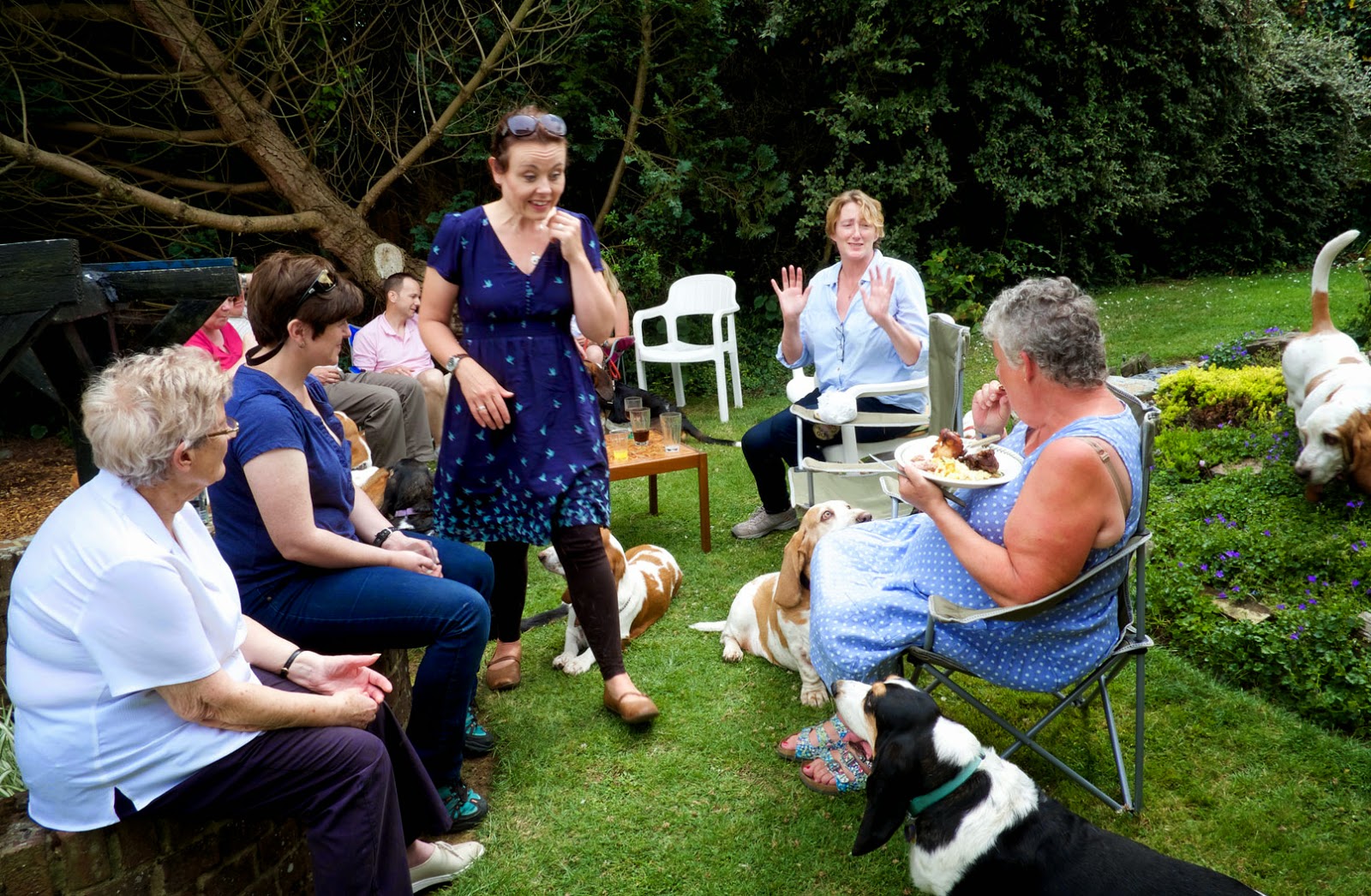 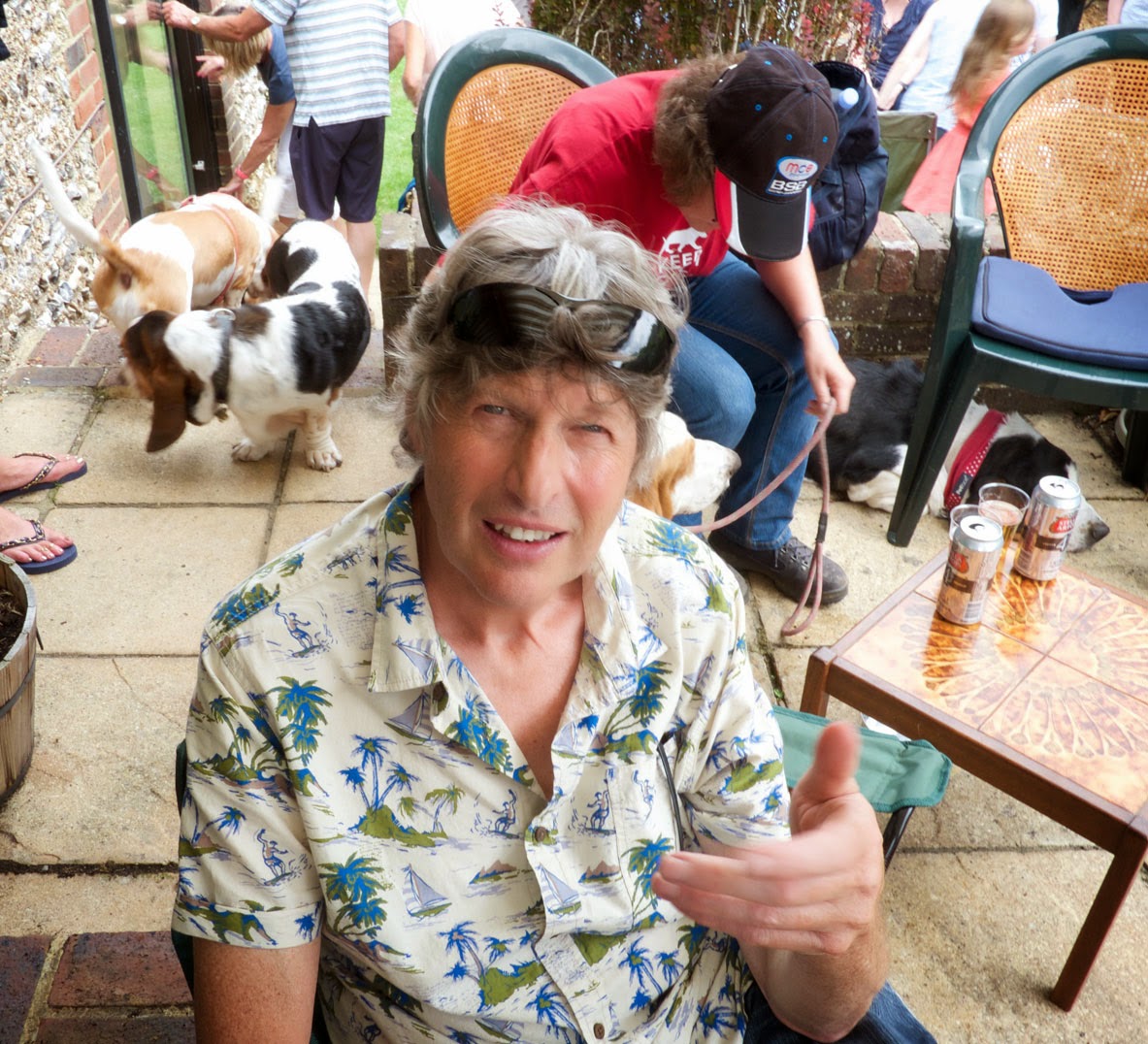